December 12, 2018 HAYP Pop Up Gallery celebrates 4 years of pop up exhibitions, performance and more with one final project – 12-12-12 – as the gallery closes one chapter and begins another. During this 4 years, we curated 12 exhibits and worked with over 80 visual and performing artists — local and international —  who explored the most unconventional liminal space that we could find.  In this blog series we are paying tribute to our artists that have been part of HAYP community and now will join us for the final celebration of our work.

This week I stopped by the studio of HAYP Pop Up Gallery veteran Aramazt Kalayjian to get an inside look into the life of the artist. Aramazt is a New-York born designer and filmmaker of Syrian-Armenian descent and is currently based in Yerevan, Armenia. He has been a long time friend of HAYP and was featured in our very first exhibition “Frame of Mind.”

Aramazt invited me to visit his home, that has been also serving as his art studio for the past few months. I was greeted by his 81-year-old aunt who just moved here from Syria. She offered me some candy. 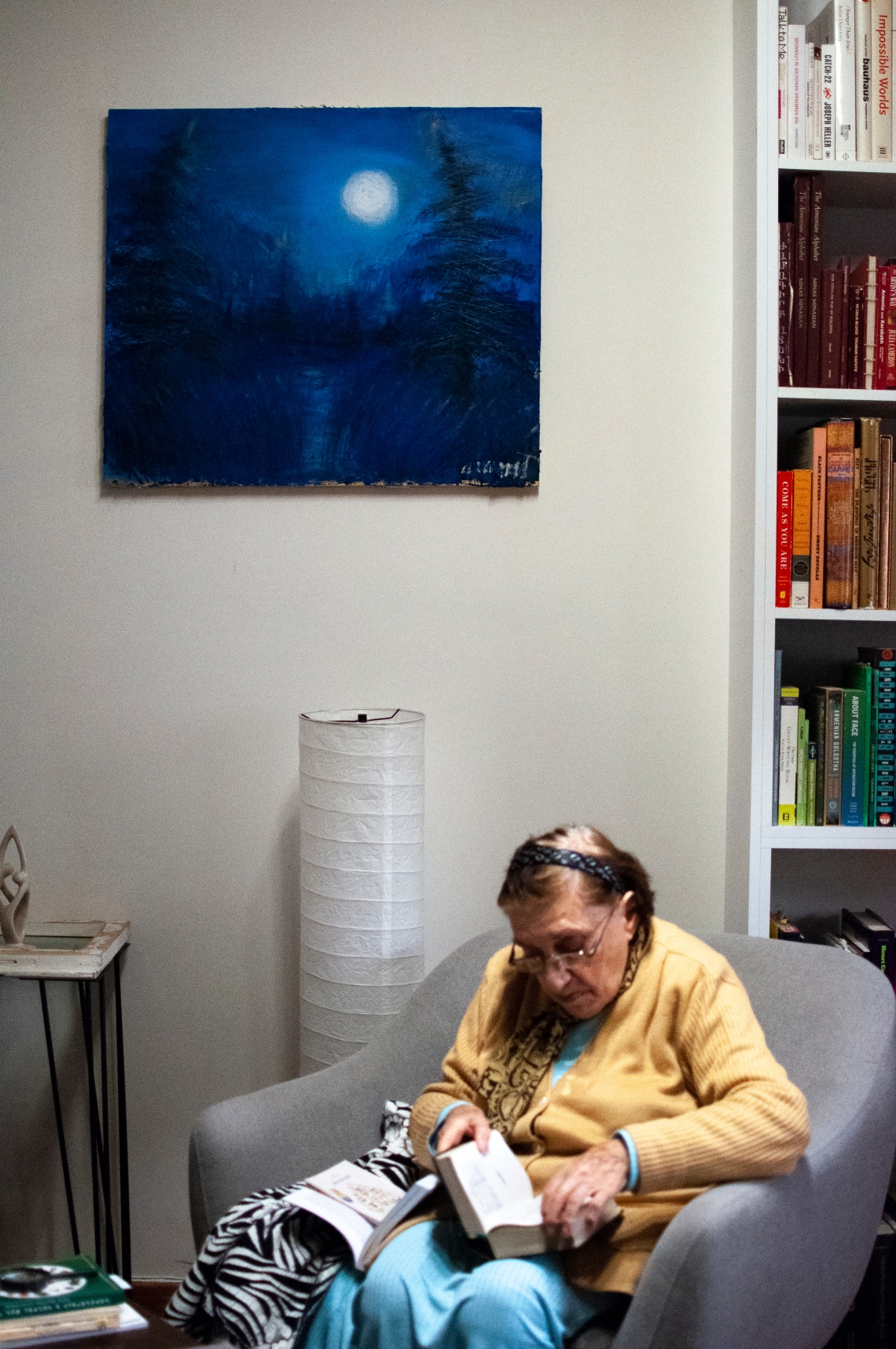 The artist’s apartment-turned-studio was covered in paintings, collages and prints. I was offered a tour around.

One of the first things he showed me was a work from an experimental collage series, featuring a metamorphosis of a skull into a vase.

I asked Aramazt to take me to his favorite piece. That turned out to be a painting of a traditional nude. As I was getting ready to snap a photo, Aramazt stood directly in front of the work, censoring the nude – I did, however, manage to catch a nip slip.

I was very pleased to see that Aramazt still had a piece of his artwork from the OG Hayp exhibition. The work was a series of old Soviet window panes with a poem printed on it in vinyl. The poem was fragmented across the different panes of glass so that it could be read as a full text only from one specific spot. Aramazt had upcylcled one of those windowpanes, part of the text still on it, into a table that sat on the balcony of his apartment. Window panes appeared in a few other pieces of furniture around the house.

In the end Aramazt  shared some details of his still in-the-making work for 12-12-12. We’re loving where it’s going, and if you’re as curious as we are, then make sure to follow the HAYP!

HAYP is a Pop Up gallery that sets up temporary exhibitions in unexpected places throughout Yerevan, like vacant storefronts, for-rent buildings or abandoned factories. The city is our gallery. Our moving, 10-day exhibitions engage an equally dynamic public through music, performance, and talks while supporting local contemporary artists. Check out the hype. View all posts by HAYP